Pilot project: "Co-infections of tick-borne pathogens - their associations with reservoir hosts and habitats"

The Common Woodbuck Ixodes ricinus can transmit a variety of human pathogens. These ticks are often not only infected by one pathogen, but can also harbour several co-infecting pathogens at the same time. The aim of the project was to identify potential animal groups as reservoir hosts for Neoehrlichia mikurensis and Anaplasma phagocytophilum based on the knowledge of host animal associations of co-infecting Lyme disease.

More than 14,000 host-seeking and host-associated ticks from different habitats and host groups were individually tested for 12 different pathogens of Anaplasmataceae and Borrelia. The prevalences of each pathogen and of co-infections of all occurring combinations of pathogens were determined.

The most common co-infection occurring in all habitats was between N. mikurensis and B. afzelii. This strong positive association clearly indicates rodents as common reservoir hosts. In addition, negative associations with other Lyme borreliosis species exclude other animal groups as reservoirs for N. mikurensis. Because co-infections between Lyme borrelia and A. phagocytophilum were extremely rare in host-seeking ticks, A. phagocytophilum is not associated with rodents, birds or lizards as reservoir hosts. This pathogen was mainly found in host-seeking ticks on pastures and in ticks that had sucked on ruminants. Therefore, ruminants seem to serve as a reservoir for this pathogen.

The analyses carried out on host-seeking and host-associated ticks from areas with different land uses allow conclusions to be drawn about host animal associations, habitat associations, mode of transmission and stability of the transmission centre of the Anaplasmataceae studied. This study shows specific host-host associations leading to co-infected ticks and which hosts exclude certain pathogens and thus reduce their prevalence. The results also provide information on the prevalence of multiple infected ticks, whose bite confronts a patient with two different pathogens at the same time.

In the long term, the results of the pilot project can be used for further research in zoonosis research. 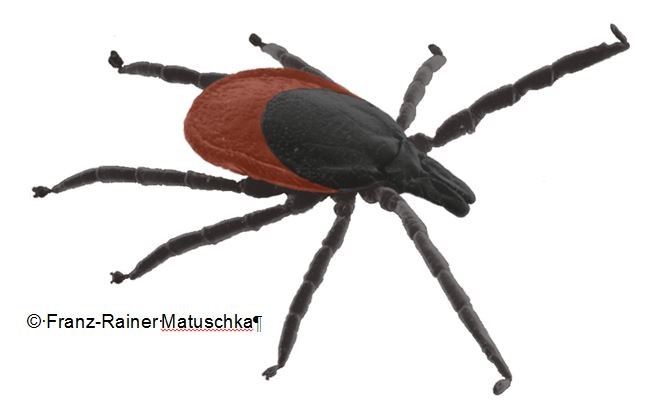